Are you at Risk of being replaced by a machine?

Globally, organizations have already switched to mechanization and automation for jobs requiring repetitive behavior, physical strength or manual dexterity. The change in ratios between 2018 and 2022 will come from increased automation of data processing, information gathering and transmitting. Although communication and interaction sound like an exclusively human skill, advancements in technology have equipped machines with similar skills. 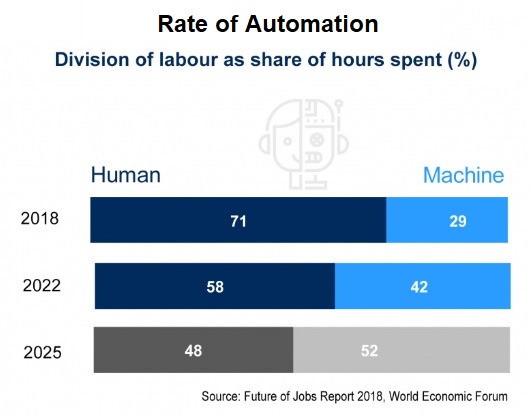 Talking Algorithms are here to stay

LG’s AIRSTAR Robot at Seoul’s Incheon International Airport speaks four languages and provides travelers with information and directions and can even guide them to their destination within the airport. Similarly, Google amazed spectators at I/O 2018 when Google Assistant’s new Artificial Intelligence voice feature called a hair salon and successfully booked an appointment.

Those of who are thinking “machines/robots can’t do my job!”, it’s time to examine your career choices and the skills and attributes you should be building.

For machines to be functional and more efficient than humans, they must first be designed and programmed by humans. So technology skills will continue to remain in demand. However, technology skills alone will not be sufficient to machine-proof your future. Human skills like creativity, initiative, persuasiveness, leadership and emotional intelligence will become the differentiating factors between man and machine.

An across the board increase in machine hours is not necessarily a replacement of humans. Rather, in most jobs it will be an augmentation of human ability or efficiency as a result of partial automation.

Automation is most prevalent and more effective at the level of tasks, rather than jobs as a whole. The automotive industry is an ideal example. Today’s cars have computerized engines, so that in case of a breakdown or failure the computer can identify the cause and suggest a solution. The solution is then implemented by a human mechanic and the testing can be done by the machine, or human, or both.

Instead of a blinkered cost-saving approach to introduce automation, progressive businesses implement an Augmentation Strategy. They automate repetitive and time-consuming tasks, thereby freeing up employees to perform tasks that add greater value using attributes like innovation and social and emotional intelligence.

Jobs of the Future 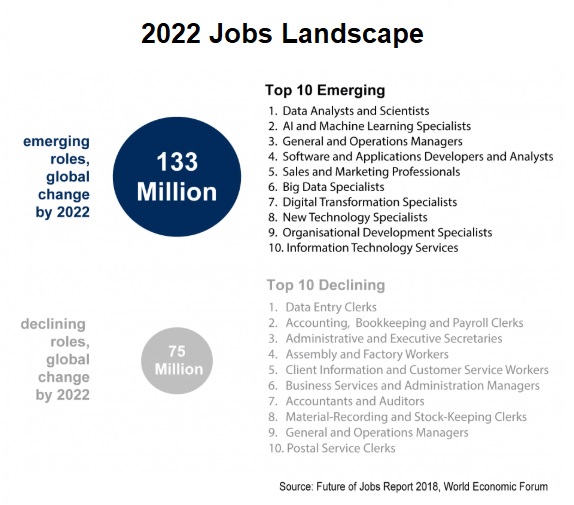 Nonetheless, some jobs may become obsolete while demand for others increases. If you are a young adult, matching your attributes and interests early on, to different job profiles can help you prepare for the future by pursuing the right education and building the right skills.

For students in the midst of high-school and college pursuits, it makes super sense to identify your interest attributes and strengths talents to ensure you aren’t at risk of being replaced by a machine.

ProTeen is one reassuring way to take intelligent academic and career decisions early on. Find Out how?

Days in the life of an academic professorAugust 8, 2018
Should India stay away from the fourth revolution ?November 26, 2018